I realized yesterday that I miss the old me.  I am seeing more and more glimpses of her these days, but am still a little startled when something little makes me retreat back to the anxious Sally.

I know my family misses me too...wish they knew how much I miss me too!!!

I miss you.  I know you are there, I have seen you peeking around the corner more and more these days.

Try not to think that you have derailed when you have only hit a little bump in the road.  Figure out what is really bothering you and take steps to fix it or deal with it.

Try to be patient with your family as they miss you too.

Understand that you will never be the same person you used to be...being the same would indicate that you are not growing.

Tomorrow will likely not be what you expected, stop expecting the worst and maybe you will be surprised with the unexpected!!

Saw this on a church sign this evening and really liked it:

Sorrow looks back
Worry looks around
Faith looks up

I need to look up a little more!!

Matt just lost his first molar the other night (it was hardly loose the night before he lost it, he worked it hard the next day and with some help from his "tooth puller" - AKA Hannah - it was out and the toothfairy lost some of her retirement).

Matt has been complaining that his back teeth are hurting.  It looks like his 12 year old molars might be coming in - he is only 8 but all of his teeth have come in early.

Last night as he was heading to bed he suddenly says:

"Oh I know why my teeth hurt....I am getting my wisdom teeth and I need to get them pulled"

Come to find out, the neighbor kid across the street is getting his pulled most likely for braces.  I guess he heard the term and decided that was his issue too.  This kid is so silly!!!!
Posted by Sally at Friday, June 01, 2012 No comments:

And so it begins

So the last day of school was Friday and we are two days into Summer vacation and so far everything is going well!!

If there is one thing I miss from my time off during my layoff, it would be spending the summer with the kids.  Going to the pool...sleeping in!!

We are fortunate enough to have Hannah at an age where she can watch the boys while we are at work.  However, she is still a teenager that wants to do stuff without us.  We try hard to make arrangements for her while we are not at work...but I am sure she doesn't think so.  Hopefully she will look back at the summers with her brothers with fond memories!!

I decided today that I am going to try to make more time to do things for me.  Blogging is something I enjoy and I want to make the time to do it more often.  Hopefully I can keep that promise to myself!!

Hope is bigger than fear

10 years ago today, Pete and I dropped off our 10 1/2 month old son and almost 5 year old daughter at daycare.  Plans were already in place for them to go home with our friend/director of the daycare for the night so no one in the family would have to worry about them.  (This was truly a blessing and I am forever grateful to Cathe for having the insight to do this for us).  After finishing that week, Hannah did not go back to daycare and Davis didn't return until August.

Pete and I drove to St. Joseph's hospital for a surgery that I believe was supposed to be at 1 in the afternoon.  I was having a lymph node removed with a "possible thyroidectomy" for a growth that the doctor assured me was not cancer.

As I was being wheeled into the OR, the doctor joked and showed me the cd he was going to play even though he usually reserves it for nose surgeries...it was labeled "Booger Tunes".

I was put under and woke up SEVEN hours later (actually I was likely out longer, the surgery it self was 7 hours).  My funny doctor was at my side with the most somber look when I woke up.  I asked him three questions:

Did you take my thyroid?....His answer was yes.

Ok because I knew I could beat that kind of cancer.

Ok because I knew there were replacement hormones for the diseased thyroid they had to remove.

Ok because I knew that I would be OK!!

I am eternally grateful for the family and friends that have made the last 10 years possible!!  I love you!

Coming back
This weekend I am going to make time to blog again....because we have been busy and I have a lot to say.
I will give you a pictorial preview of some of the crazy happenings in the Yost house: 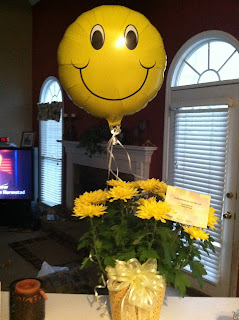 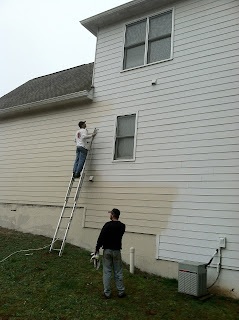 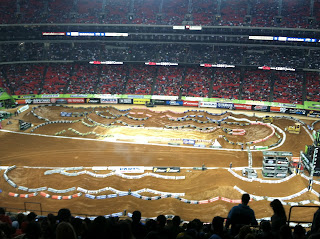 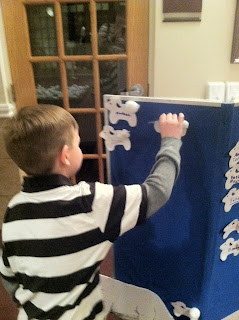 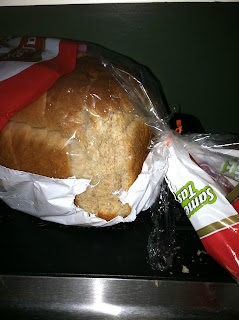 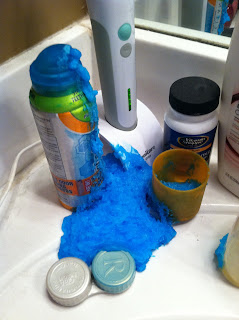 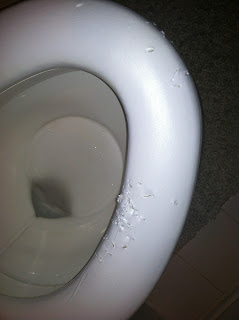 I wanna come back

And I think I am going to do my best to get back to blogging and writing down the happenings in our lives.
I am going to make time....soon!!
Until then, we are okay....busy...but doing more than surviving for the first time in a long time!!!
Posted by Sally at Thursday, September 15, 2011 No comments:

Sally
I am a Wife, Mom, Daughter, Sister, Aunt, Niece and Cousin to the best group of people around. This is my attempt to write down some of the happenings in our lives!! 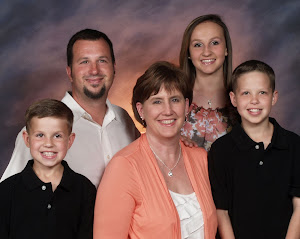